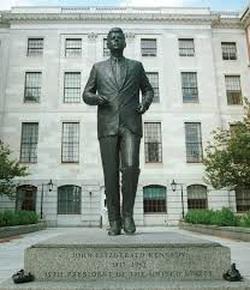 Sculptured by Isabel McIlvain, A Boston University Professor, not without its controversial issues.
The Kennedy Tour runs 1 hour 30 minutes. The tour departs from the steps of the Massachusetts State House at 24 Beacon St. The Kennedy Tour of Boston highlights sites and landmarks in the city which played an important role in John F. Kennedy's rise to the White House. The tour explores the emergence of an Irish political machine in Boston led by Kennedy's grandfathers, P.J. Kennedy and John F. "Honey Fitz" Fitzgerald that paved the way for Kennedy's political ascent, from Congressman, to Senator, to Vice-Presidential candidate, to President of the United States. This path covers the 150 years of political combat between the Cabots/Lodges vs. the Kennedys/Fitzgeralds.

Tours can be started anytime after 10:30 am.

Tour fees are $12 for one person and $10 for seniors or military in uniform,
no charge for children under 10

Group and Student rates are available. 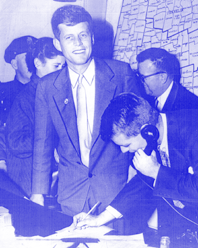 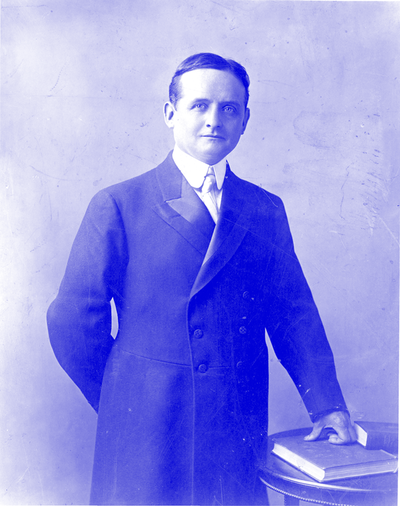 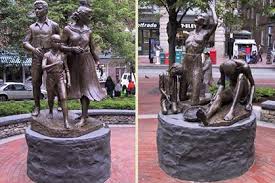 1. JFK Statue on the State House Lawn
Dedicated on May 29, 1990 and subsidized by private citizens, this monument was designed and sculpted by Isabel McIlvain. The statue stands on the lawn of the MA State House, where both of Kennedy's grandfathers served in the late 19th century.

2. Bellevue Hotel and 122 Bowdoin St. Apartment
These adjacent locations served as Kennedy's residences when he moved to Boston to run for the U.S. Congress in 1946 under the slogan of "The New Generation Offers a Leader." Kennedy initially lived at the Bellevue, where his grandfather John F. Fitzgerald, former Boston Mayor and U.S. Congressmen, was spending his retirement years.

3. Parker House Hotel
Location of many famous Kennedy and Fitzgerald moments, including the site where JFK announced his bid for Congress in 1946, as well as where he proposed to Jacqueline Bouvier and had his bachelor party in 1953. The Parker House was also the site of many raucous birthday parties held for Honey Fitz.

4. Old City Hall
Where John F. Fitzgerald, "Honey Fitz," presided as Mayor of Boston from 1905 to 1907, and again from 1909-1913. Fitzgerald was the first Mayor of Boston born to Irish immigrants, and his election marked the high-point of his political career.

5. Irish Famine Memorial
Dedicated in 1998, this memorial commemorates the millions of Irish immigrants who fled their native land in the 1840s to escape the hunger of the potato famine. Patrick Kennedy, JFK's great-grandfather, emigrated in 1849, and 114 years later his Presidential descendant returned to Dunganstown, County Wexford to pay homage to his great-grandfather and the Irish people.

6. JFK's Senate Headquarters
Located at 10 Kilby Street in Post Office Square, this site marks where JFK revolutionized politics in Massachusetts by running the first campaign in state history that was truly statewide, with offices throughout the Commonwealth. Kilby Street was the headquarters, and from this location Robert F. Kennedy managed his brother's campaign and defeated a stalwart of Massachusetts politics—Henry Cabot Lodge, Jr.

7. Faneuil Hall
The site of many speeches by Mayor John F. Fitzgerald, including a boisterous celebration which followed his election in 1905. Also at this location, JFK delivered the final speech of his 1960 presidential campaign, and Ted Kennedy announced his run for the Presidency in 1980.

8. Union Oyster House
The oldest continuously operated restaurant in the United States, and a favorite of President Kennedy. Check out Booth 18, known as the "Kennedy Booth" because it is where the President frequently enjoyed his clam chowder. 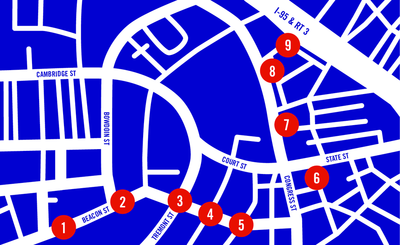 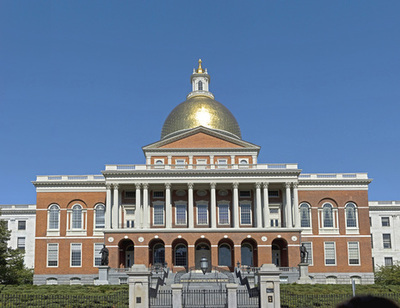