1885
​The First Irish born mayor of boston Was Hugh O'Brien 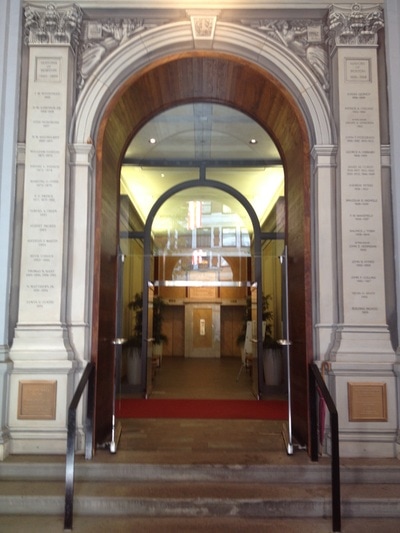 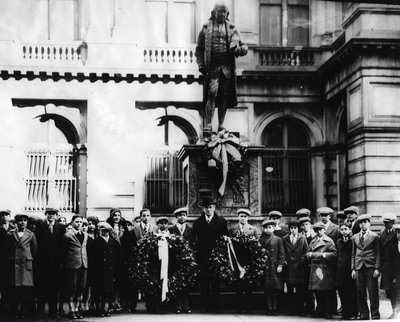 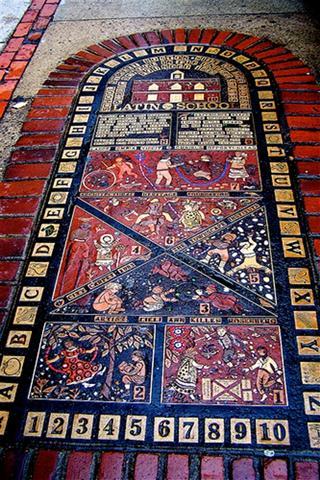 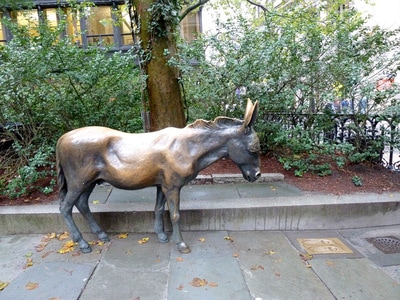 Initially most Irish immigrants in Boston were Presbyterian.  They were an unwelcome minority among the Puritans.

The large influx of Irish Catholic immigrants began in 1837, encouraged by the potato blight and subsequent famine.  By 1885, Boston's population was  390,393, and 67,745, were Irish Born.   This was only 17% of the population.  Hugh O'Brien's election in 1885 as the 32nd overall, and first Irish born mayor, had more to do with his compromising personality.  In 1905 JFK's maternal grandfather John Fitzgerald (HoneyFitz) became Mayor of Boston; his administration was rocked by patronism and scandal.

On all our tours we visit the Old City Hall plaza on School Street.  Learn of the mayors of Boston, Ben Franklin's bawdy exit from Boston, see the Boston Latin School rug, chuckle with the iconic donkey, hear Paul Revere's Bell ring next door in Kings Chapel and cross the street to the haunted Parker House; many a villain slept there, now the current home of the Boston Creme Pie and the Parker House Rolls.

All of our walking tours include an oral history of the above.