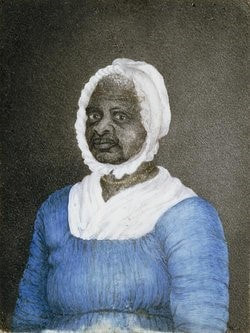 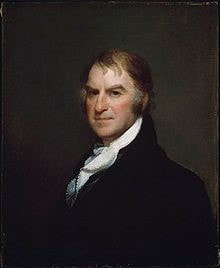 Mum Bett challenged the Massachusetts court system to live by its recently adopted constitution.
Elizabeth Freeman, Bett, Mum Bett or Mum Bett, was quick to call out the hypocrisy of her internment under the new Constitution.  She was illiterate but innately intelligent and aggressive.  She saved her sister from the rage of their madam, blocking a red hot shovel with her arm, intended to harm her sister. Bett suffered all her life from the pain caused by the burns. Bett and her sister walked off the Ashley farm and paid a visit to Theodore Sedgwick’s legal office.

Theodore Sedgwick was a first tier legal advocate for independence from England and well known in the Western Hemisphere.  In 1773 he helped draft a petition called the Sheffield Resolves that denounced British tyranny:

"Mankind in a State of Nature are equal, free and independent of each other, and have a right to the undisturbed Enjoyment of their lives, their Liberty and Property.”


Mum Bett most than likely overheard the people in the town of Lee discussing and voting on the Resolves.  As this concept of freedom unfolded into the Declaration of Independence and the United States Constitution, Bett developed her own resolve: to be free.

She asked Theodore Sedgwick to sue for her freedom from her owner, John Ashley, under the Massachusetts Constitution.  In the United States any action about a slave was called a writ of replevin.  Replevin is a plea to return the property to their rightful owner.   Consequently, a slave could not invoke the Habeas Corpus statute or any bill of rights.  The three fugitive slave riots in Boston in the 1850’s that decided the fate of Shadrack Minkins, Thomas Symms and Anthony Burns, were tried under the same replevin concept.  Slaves were judged as property.

Sedgwick tried Elizabeth’s case in 1781 under the new Massachusetts Constitution.  The jury awarded Bett her freedom and thirty shillings for damages and court costs.   Ashley appealed to the Massachusetts Supreme Judicial Court, but quickly dropped his action.

As a free person Mum Bett died in her eighty-fifth year.  She is quoted saying “. . . if one minute’s freedom had been offered to me, and I had been told I must die at the of the minute, I would have taken it.  Just to stand one minute on god’s earth a free women. I would.”  Harriet Beecher Stowe may well have used her character Pru to paraphrase Mum Bett in Uncle Tom’s Cabin, suggesting that she would rather go to hell as a free person than to go to heaven a slave to her masters.[i]

P.S. Mum Bett became a paid servant in the Sedgwick family. She was the great grandmother of W. E. Dubois.

Theodore Sedgwick became a senator and rose to President pro tempore and was a major in the Continental Army during the AmRev.  His portrait was painted by Gilbert Stuart.