How Would He Have Judged Today’s Civil War Statues?


On this 9/11 remembrance day, Oliver Wendell Holmes, Jr. offered us a little something different to this year's controversy over Confederate statues. In his transition from student, writer, poet, soldier, to judge, he may have provided a frame of reference for the controversy.

Oliver Wendell Holmes, Jr, was wounded three times during the Civil War at Balls Bluff, Antietam and Chancellorsville, serving with the Harvard 20th Massachusetts Volunteer Regiment. Two of the three wounds and dysentery brought him near death and near to losing his leg.

He entered the Civil War directly from Harvard. Holmes was attributed to coining the phrase Boston Brahmin to define his place in society. He was a blue blood from a very famous father: Oliver Wendell Holmes, Sr.  His life threatening experience in the Civil War may have modified his outlook on life. By the end of his United States Supreme Court tenure he was referred to as the Common Law Judge.

Would this quote be his common sense approach to the Civil War monument controversy of today?

We believed in the principle that the Union is indissoluble. We, or many of us, at least believed that the conflict was inevitable, that slavery had lasted long enough; and we equally believed that those who stood against us held just as sacred convictions that were the opposite of ours, and we respected them, as every man with a heart must respect those who give all for their belief.

His poetic letter of September 11, 1861, revealed some deep and dark thoughts brought on by his soldiering during the first year of the Civil War.   OWH Jr’s wrote in his “The Common Law” published in 1881, that "The life of the law has not been logic; it has been experience. . . The law embodies the story of a nation's development through many centuries, and it cannot be dealt with as if it contained only the axioms and corollaries of a book of mathematics."[i]   His war experience carried him through the balance of his life.

So it appears that OWH Jr, would side with history on the issue of Confederate statues. They may not be accurate or correct today but they do speak to the beliefs of those represented and those that proselytized them.  So in pulling down a socially incorrect statue do we lose the texture of the times? We remain unsettled on the issue. 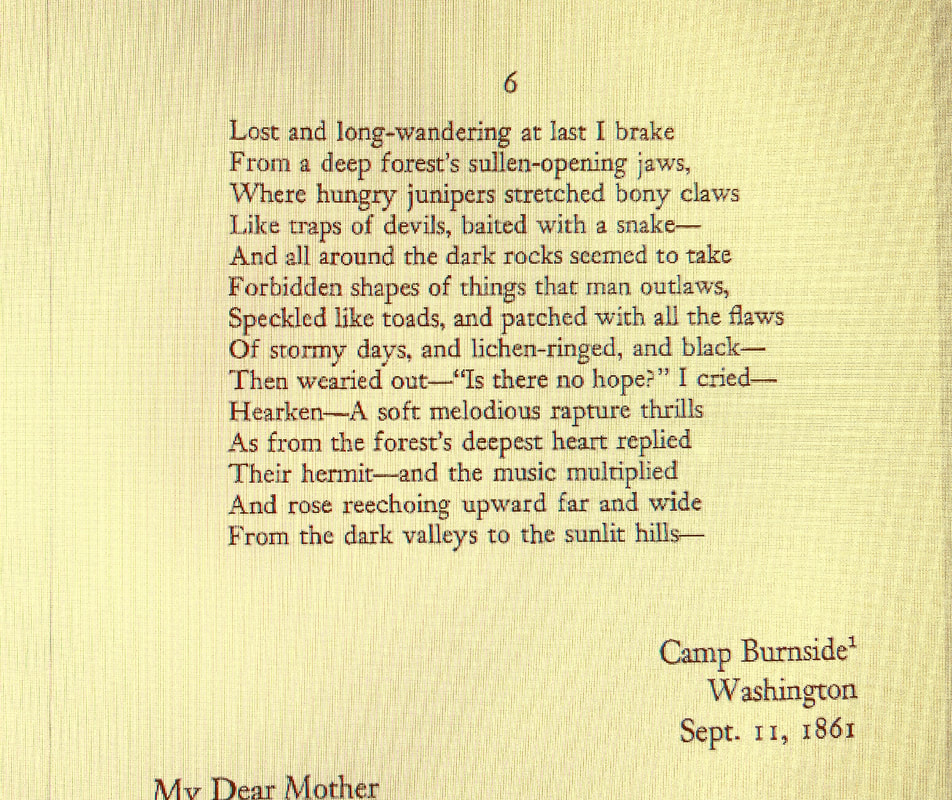